As you can probably guess, I’m running low on new studios in my neighborhood so every once in a while I love to venture west and seek out a new place to sweat a bit closer to the ocean. I love when I hit the jackpot and this time I did!

There are a few parking spots outside of the studio and a lot of metered street parking on Olympic that is free during the evenings. I headed in, signed a quick waiver, grabbed some complimentary spin shoes, and filled up my water bottle. The studio has a modern zen feel to it with exposed brick and nice lighting. Bikes were already equipped with towels inside the spin room and there were cubbies for your belongings. 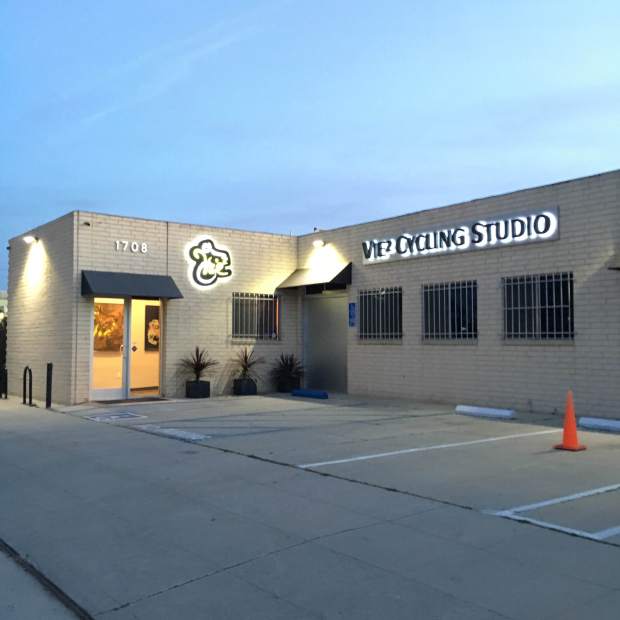 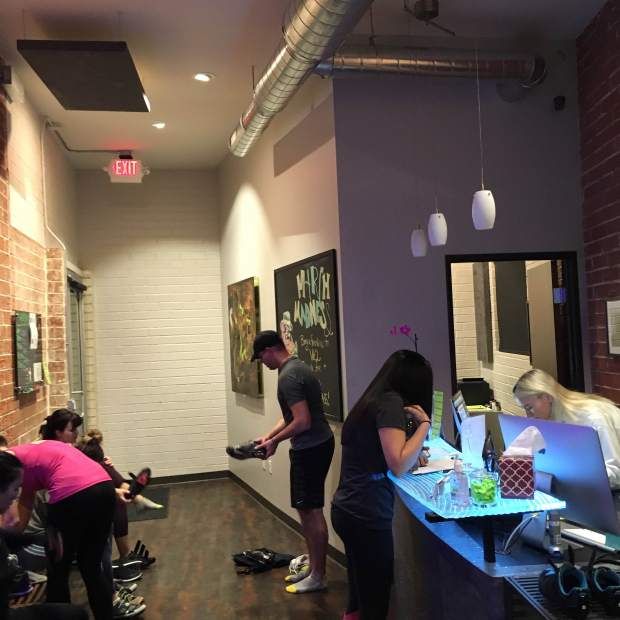 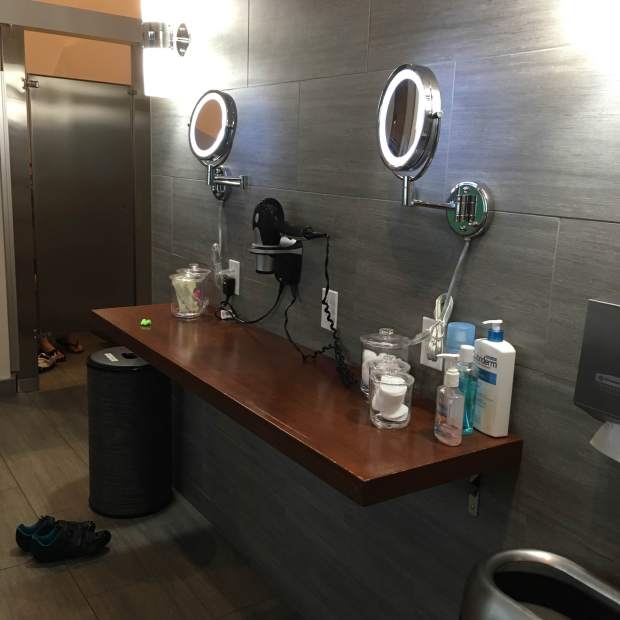 Andrew started class by explaining the hand positions and seeing if anyone needed help with bike set up. The bikes have tech packs on them but Andrew mentioned that he wouldn’t be using them for this class. Throughout the 45 minutes we did jumps, sprints, hills, push ups, and rode with only one arm on the handles while doing oblique crunches. The entire class was done to the beat of the music, which I love. In between songs, Andrew had us go move the resistance knob back to zero and then told us how many turns to go from there.

The atmosphere in the studio was very lively from Andrew’s constant motivation, the cool lights, and the great music. The class went by really quickly and, at the end, someone came around with chilly eucalyptus towels as we were stretching…it was amazing and so refreshing!

Once class was over, I was sent an email with my stats from class including miles ridden, calories burned, and average power. This is a great way to keep up with your progress over time. 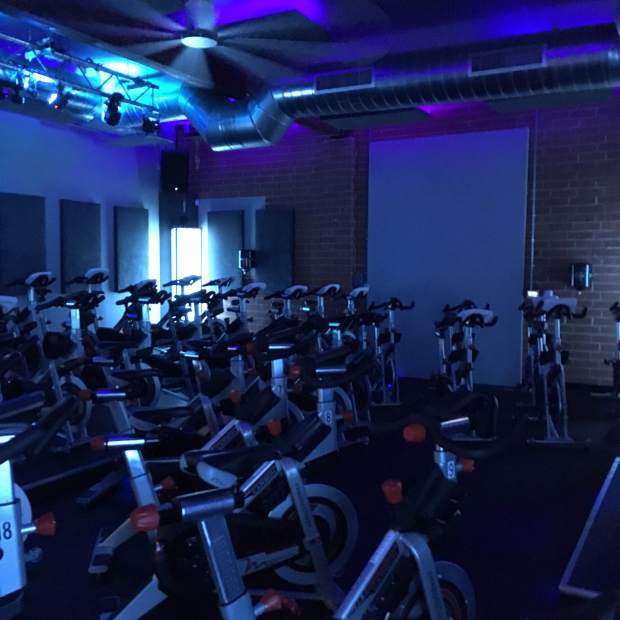 Vie2 is located right off the 10 freeway but nearby you can find yummy, healthy smoothies at Renovo and Chomp Eatery & Juice Station, both down the street. If you’re an east sider like me, take advantage of the fact that you’re already on the west side and go to the beach!