Current mood: I would do ANYTHING go to back to the Propel Fitness Festival.

The Let’s Get Ugly campaign with Propel Electrolyte Water has been nothing short of amazing. From photoshoots in NYC, to BlogFest in Vegas, it was only natural that it end with a sweaty bang here in Los Angeles.

Propel rented out the entire Quixote Studios in West Hollywood and transformed it into the most insane fitness mecca. With four gorgeous, amped up studios, the best workouts in the country, music geniuses, and thousands of fitness enthusiasts, it was a weekend like no other.

Let me be honest for a hot sec. The max number of classes you could sign up for pre-event was four…per day. Obviously, I did just that, but come the weekend I was not so thrilled about this decision. Although I adore working out on the weekends, I also love doing nothing (LOL). My original schedule looked like this:

+ LOTS of mingling, snacking, Propel drinking, braid getting, and DreamPops eating scattered throughout.

Since Propel is the only water to replace what is lost in sweat, it was no problem that the weekend was, in usual LA fashion, super hot and VERY sunny.

My weekend started with the most amazing meditation class by Inscape where we sat on small pillows in a deeply lit up room with headphones that led us through a gentle meditation session. I don’t have a ton of experience meditating but this environment was beautiful and I was able to relax quickly–as was Evan who joined me.

Once I was all zen-ed out, it was time to completely reverse that calmness and head to the Fitness in the City x FIT36 class. I chose this one because the set up was amazing–ropes and bands and wall sits, I could go on! The guys who run both studios are JACKED and SO FRIGGIN COOL it’s not even funny. They’re all so positive and motivating and I’ve had the pleasure of spending time with them throughout the Propel campaign.

That class wiped. me. out. so I decided to nix all previously scheduled plans and hit up the hotel pool for some R&R.

Sunday started off strong with an amazing sweat with celeb trainer Gunnar Peterson and the celeb himself, Scott Foley. The two were hilarious together and we ran through three circuits with a variety of exercises in each. It was tough but it was also so much fun–the perfect combo when you’re working out!

I spent the rest of the day enjoying all of the Fitness Festival amenities like the braid bar by Glamsquad, healthy pops by DreamPops, salad by sweetgreen, and the most amazing avocado toast by Di Alba. 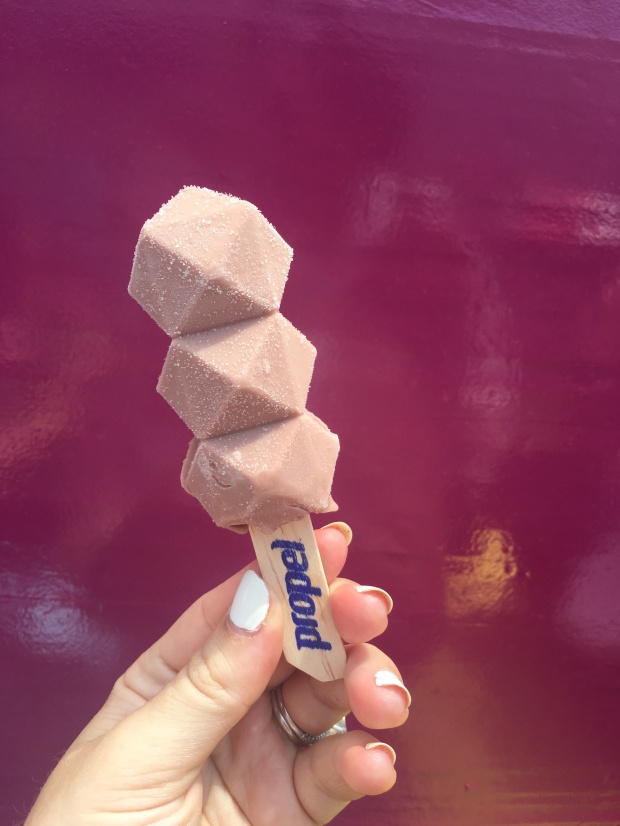 This wall was made of tiny pics from our photo shoot! (with Rachel from @JustDimpleIt)

All in all the weekend was one for the books. I will never forget the memories I made with my fellow blogger gals, the sweaty workouts, and the guzzling of Propel Water. It was perfect and I am so thankful!! Make sure to follow @PropelWater to stay up to date on all future events!

This post is sponsored by Propel Electrolyte Water, but all opinions are my own.